What Are Micro-Inverters, and Do I Need One? Whether you need micro-inverters or string inverters in your solar system, and which of those would be the best choice, has to be considered carefully when you are purchasing a system for your home. In order to make the right choice, you need an understanding of both of these inverters, what they do, and how they are different from one another. The pros and cons of each are also important. Here is what you need to know.

What is the Inverter’s Role in a Solar System?

In a solar system, the inverter’s role is to convert the energy from the sun into electricity that is used to power your home or exported to the grid. 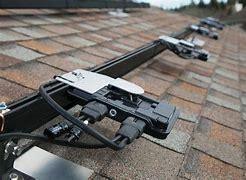 What is a String Inverter?

With a string inverter system, the main disadvantage is the understanding that the worst-performing panel in the string is a bottleneck and dictates what the entire string of panels can run at. String inverter systems also consist of often high DC voltages and in the event of a product failure like a rooftop DC isolator catching fire this DC voltage can only be isolated by covering the panels or nightfall. DC isolator failures are not common, however, they are one of the leading causes of solar system fires in Australia.

The main advantage of string inverters is their relatively low cost and their ease to replace if they fail. However on the other hand when a string inverter fails the entire system is down until a replacement is installed not just a single panel like with a micro-inverter system.

What Are Micro-Inverters and how are they different?

Micro-inverters are newer technology and part of the MLPE (Module Level Power Electronics) family. They are installed under each solar panel to directly convert that single panel’s sun-generated energy to electricity that can be fed into the home or grid.
There are many influences that contribute to a panel’s individual output and it is rare for even side by side panels to be outputting at exactly the same output.

When you consider new panels come with an output tolerance (the industry average is to allow up to a 3% variation in output per power class when brand new), panel outputs degrade over time at different rates, local environmental factors like dust, debris & bird poo or even the position of the panel in the array causing it to be hotter and operate slightly lower than panels on the ends, the advantage of MLPE technology can be considerable as you are harnessing all the available power for every single panel.

One of the greatest advantages of MLPE technology is you often also have module-level monitoring and can, therefore, pick up on individual panel faults or performance issues that would never be noticed in a string inverter system.

Micro-inverters also only have to deal with a single panel’s voltage and current so they are not stressed as much as a string inverter that has to deal with far higher voltages and current. On the other hand, micro-inverts are usually mounted in a far harsher environment being on a roof under a panel. That being said Generate Energy exclusively use Enphase micro-inverters which come with a 10-year warranty - double the standard warranty of a string inverter.

MLPE in our opinion is a more advanced and superior technology compared to older string inverter technology, but of course, as with all new technology it does cost more.

How Much Does a Micro-Inverter Typically Cost?

While micro-inverters are much smaller than their string inverter counterparts, there are far more of them and as a total, they end up being more expensive and add between 15-25% to the price of a solar system. The price of micro-inverters is slowly coming down but the gap is still large enough that they are not yet classed as mainstream.

Additionally, they are on the roof-mounted under panels so replacement costs are going to be higher. Still, we are seeing their popularity steadily increasing as they are inherently safer and maximize the value received from a solar energy system.

It is important to weigh the pros and cons of micro-inverters and string inverters when it comes to your individual budget, needs, and situation. That can make it easier for you to determine which one will be right for you.

If you have any questions about micro-inverter or would like to consult with an expert on micro-inverter for your solar system, please get in touch with Generate Energy today.